Turn-based battles in the world of Ben 10 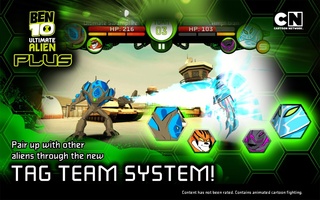 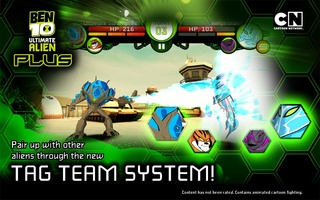 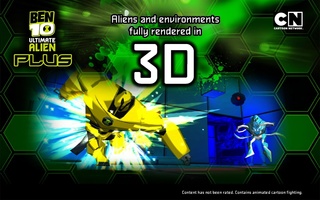 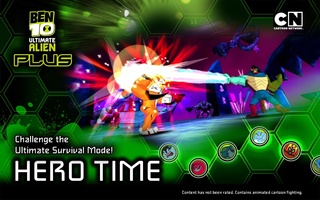 Advertisement
Ben 10 Xenodrome Plus is a fighting game similar to the previous Ben 10 Xenodrome (also available on Uptodown) that keeps the same graphics but offers a slightly different combat system.

The turn-based combat system uses a sort of roulette that you can stop whenever you want. When you do, your character will do the attack that appears on it, which can be a normal strike, a hit to break enemy defenses, or a defensive move.

Ben 10 Xenodrome Plus is an entertaining game whose only drawback is that it's very similar to Ben 10 Xenodrome. Those who've played that before won't find many new things in it, apart from a slightly different combat system (but not that different, really).
Translated by Taryn

Similar to Ben 10 Xenodrome Plus

Genshin Impact
An open-world RPG with spectacular graphics
League of Legends: Wild Rift
The MOBA king deploys its arsenal on Android
Brawl Stars
3-on-3 battles from the creators of Clash Royale and Clash of Clans
One Piece: Fighting Path
A unique adventure in the One Piece world
LifeAfter (Global)
Cling to life in a hostile world
Angry Birds Epic
Join the Angry Birds on their most epic adventure

Fashion Empire
Manage luxury fashion boutiques in this game!
Blockman GO-Adventures
Travel and have fun in all the worlds offered by this application